Gladiators is one of the most fondly remembered 90s TV programmes – along with the Spice Girls, Tommy Hilfiger menswear, Pogs and Hooch, this was one of the better things to come out of the 90’s! 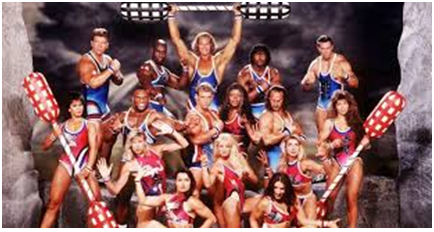 Families all over the country used to gather around the TV screen to watch the show presented by Ulrika Jonsson, John Fashanu and refereed by the inimitable John Anderton, to watch contenders battle it out with the gladiators themselves to be crowned champion.

A series of nail biting and often injury causing challenges had everyone on the edge of their seats – from Hang Tough to the Duel, the range of skills and strengths were needed to get through it!

The real stars of the show however were the Gladiators themselves – how many of these do you remember?

Wolf – Notorious bad boy Wolf, was a favourite with the fans – from intimidating contestants to winding up the referee, Wolf now runs a chain of GYMS IN New Zealand! 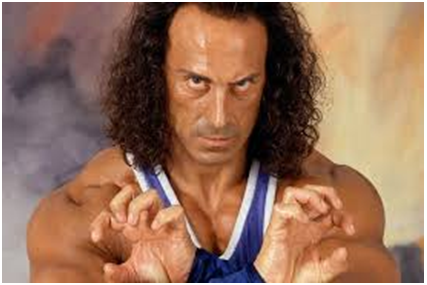 Lightning – Another of the fan favourites, Lightning was known for her super athletic speed – hence the name! She now lives on a farm and runs a property company.

Hunter – Muscular Hunter was probably best known for his relationship with the show presenter, Ulrika Jonsson, as well as his long flowing locks! He has had a dabble in many things since the show, including personal trainer and even acting in a Shakespeare play!